Ohmi Nagahama, a town by Lake Biwa famous for its castle, old street, and glass works
Ohmi Nagahama, which lies along Lake Biwa in Shiga Prefecture is a place where many tourists visit. Kurokabe Square is one of the major spots in the area, which was a pioneer district in revitalizing the local community by appealing the old traditional townscape. Apart from the Kurokabe Square, the Nagahama Castle, Chikubu Island, and Lake Biwa, the country’s largest lake, are all accessible by foot. The area is a perfect place to spend your day walking around.

Enjoy the lake view that spreads below from Nagahama Castle 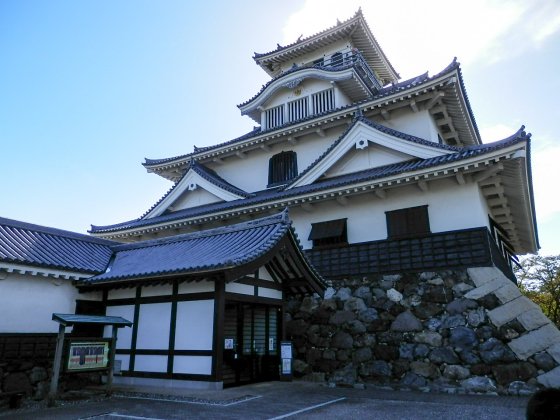 The castle was the first castle to be mainly owned by Lord Hashiba Hideyoshi. There are various seasonal exhibitions on the 2nd and 3rd floors of the Nagahama Castle Historical Museum. (Admission: 400 yen). 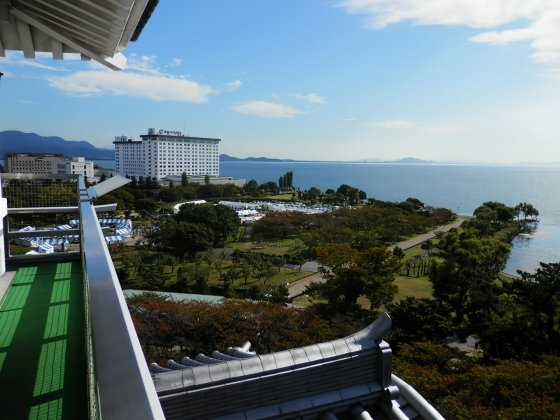 A splendid view of Lake Biwa can be enjoyed from the observatory on the 5th floor of the Nagahama Castle tower. Lake Biwa is the biggest lake in Japan.

Chikubu Island, the island where God dwells
The entire Chikubu Island is known for being a strong power spot. It is considered to be the God’s island, where the Hogonji Temple and Tsukubusuma Shrine are situated. The magnificent sunset with Lake Biwa as the background is chosen as one of Japan’s 100 Most Beautiful Sunsets. 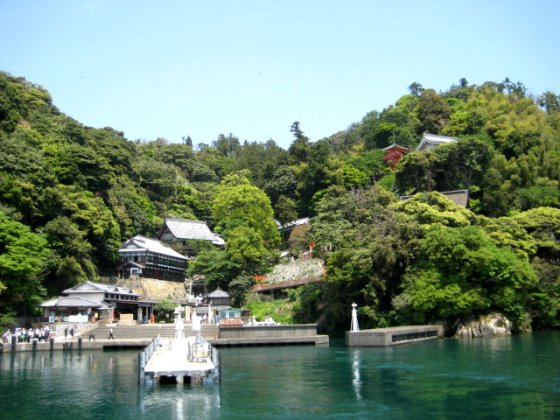 Chikubu Island in Lake Biwa is accessible by steam vessel from Nagahama. A half-an-hour travel one way. (Round trip ticket: 3,070 yen. Admission to the island: 400 yen.) 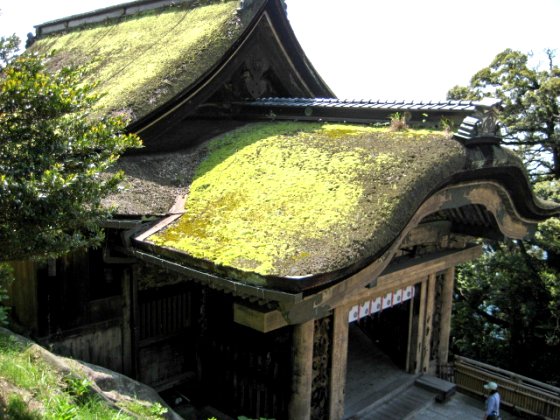 The Hogonji Temple in Chikubu Island was built in 724 by the order of the then Emperor Shomu. The emperor received a divine prophecy from the goddess Amaterasu Sume Okami as follows. “The small island in Lake Biwa is the goddess Benzaiten’s sacred place. You must build a temple there, which will bring about the state’s peace and prosperity, huge harvest, and people’s prosperity.” Emperor Shomu sent a Buddhist priest Gyoki as an Imperial messenger to have the temple built. The picture above is the Karamon entrance of Hogonji Temple. There are also several other important cultural properties in the area. 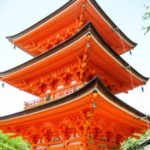 The vermillion three story pagoda was burnt in a fire during the Edo period, and was later reconstructed. 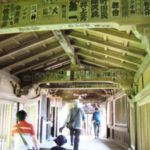 Corridor which is believed to have been constructed by flipping over Toyotomi Hideyoshi’s vessel. 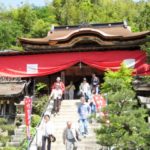 Tsukubusuma Shrine is the Lake Biwa’s Protecting God, which enshrines the Azai Hime no Mikoto. The present main hall was rebuilt during the Sengoku period (16th century) and is designated as a national treasure.

Try the “Kawarake Nage” here. Buy a piece of unglazed earthenware called “kawarake” (300 yen), write down your wish, and throw it toward the Torii (shrine gate). It is said that your wish will be fulfilled if the “kawarake” passes through the gate.

Enjoy shopping and art workshops at the Kurokabe Square
The image of Meiji period still remains in the old-modern atmosphere of Kurokabe Square (black-walled square). The area used to prosper as a temple town of the Daitsuji Temple and the post-town along the Hokkoku Kaido. A bank was established in year 1900 (Meiji 33). Later, the town gradually developed with black-colored architecture. Today, it has turned into a busy and fun walking area full of tourists and local people on weekends. 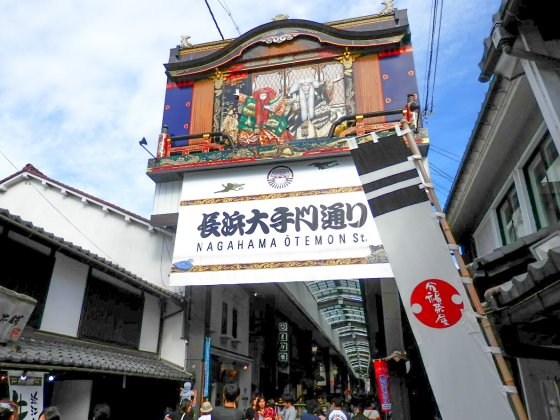 Restaurants specialized in traditional local cuisine and fancy café shops stand side by side along the street. Men and women of all ages spend time in their own way. Various workshops are available in Kurokabe Square, from “make your own musical box” (from 1,100 yen) to “make your own figure doll” (from 1,100 yen) and a lot more. (Reservation required.) 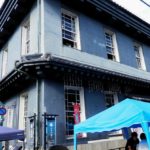 Glass artworks are available at the Kurokabe Glass Museum. The museum was built in 1989 by reusing the wooden architecture of the bank which was constructed in 1900. 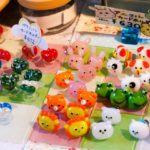 Inexpensive small glass artworks can be found at the Kurokabe Glass Museum. Adorable card holders in the picture are available for a reasonable price.

There are also many places to see in the neighboring areas of the Kurokabe Square.Following spots are worthwhile visiting.
Nagahama Railway Museum (300 yen) where you can have a look at a display of the currently existing Japan’s oldest station building (1882, Meiji 15). Keiunkan (picture and admission: 300 yen) which is a guest house used during the Meiji period and named by Ito Hirofumi. The Daitsuji Temple (500 yen), a branch temple of the Higashi Honganji Temple in Kyoto, is a good place to see as the main hall is designated as an important cultural property.

Mode of payment
Payment can be made by online credit card payment system. We accept VISA or MASTER.
Customers may pay the part of amount as a deposit to secure the reservation. Basically customers are requested to pay all amount prior to the day of the tour.

Customize tour for you
Above itinerary and price are just an example. You can customize your own tour. We are pleased to provide your accommodations or meals according to your request. Please tell us your needs and interests.