Sekigahara, field of a fateful battle

The Battle of Sekigahara, a decisive fight that decided the ruler of kingdom

The Battle of Sekigahara refers to the war that took place on September 15, 1600. Following the death of the then ruler Toyotomi Hideyoshi, Commander Tokugawa Ieyasu (the Eastern Army), who aspired to rule the country, fought against Commander Ishida Mitsunari (the Western Army) who pledged loyalty to Hideyoshi’s son, Hideyori. Tokugawa Ieyasu won the battle and established the foundation of the Edo period which lasted later on for 260 years. Sekigahara, a name that any Japanese people has heard of, is drawing tourist attention as a historic scene.

There are many hiking courses available from 1.5 hours to 6 hours, according to the Tourism Beaurau of Sekigahara. 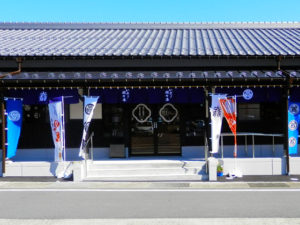 Tourist Center “Iza Sekigahara”
A tourist facility which opened in October 2015. The center serves as a tourist information desk and sells special products of Sekigahara and other Sengoku goods. Portraits of the Sengoku warriors, nicely arranged by famous painters, are displayed on the walls.

Various events are held
A number of events are held in town. Kids can experience wearing the Kacchu (a traditional armor). There are also night-time light up and fireworks that make the entire village lively.

Okayama Noroshiba, where the beacon fire was made to inform the outbreak of battle
The beacon to announce the start of battle was made in this hill where it was easy to confirm the military formation of both armies. Walking through the bamboo forest will take you to the top of the hill. A splendid view of the field of Sekigahara spreads below. It was Kuroda Nagamasa and Takenaka Shigekado who took up their position in this area. Both of their fathers were generals of Hideyoshi, however, both sons followed Tokugawa and lived their lives.
Takenaka was the feudal lord of Sekigahara at the time, and continued to rule the area.

Mt. Sasao, remains of the base camp of Western Army, Ishida Mitsunari
Go and find people dressed up in Kacchu (traditional armor) at Mt. Sasao where Ishida Mitsunari formed his army. These are the Kacchu volunteers who will take pictures for you, give you a simple tour around, and chat with you about the place’s history.
Want to wear the Kacchu at Mt. Sasao? You can try them on (for a fee). Usually, the Kacchu can be tried on between the end of April and end of November. Exact dates slightly differ every year
– Samurai Kacchu 2,200 yen
– Ashigaru (foot soldir) Kacchu 1,650 yen
– Kacchu for child 1,100 yen

Fees include service provided by staff to help you put the armor on. Waraji slippers, sword, and other accessories will also be rented.
* Apply on site. (No reservations accepted.)

It is just a 5-minute walk to the top of the Mt. Sasao. Enjoy the entire landscape of the old battle field from the summit and travel back to the ancient times and feel the heart of Ishida Mitsunari who stayed faithful to Toyotomi Hideyoshi.

Walk around the final battle field of the Battle of Sekigahara
A short walk from Mt. Sasao will take you to a place where a tranquil landscape stretches out. This is the final combat area of the Battle of Sekigahara, which involved over 160,000 soldiers from both the Western and Eastern Armies.
This battle ended just in 6 hours, giving victory to Tokugawa Ieyasu, the Eastern Army. Ishida Mitsunari, the Commander of the defeated Western Army, was captured while on the run and was later beheaded.
Imagine that four centuries ago, this peaceful field today was a battleground. You might perceive the area in a different way.

Final base camp of Tokugawa Ieyasu

Purchase the Sengoku battle souvenirs here
Need to buy some Sengoku goods? We recommend you to drop by the souvenir shop beside the Sekigahara Town History and Folklore Museum.
The Guinomi large-sized sake cups with a family emblem of the military commander, Yunomi cups, bamboo mobile phone straps, ultra-small colors of warriors, gold lacquer stickers with family emblem designs, T-shirts, towels, and more. A wide variety of original goods can be found. And some are sold only here in Sekigahara. 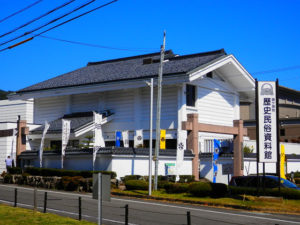 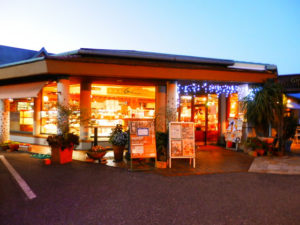 Visit the famous local bakery by traveling a bit more ahead
The main branch of a famous bakery Gurman is located in Tarui-cho, an adjacent town of Sekigahara. The shop is always crowded with customers who come to buy bread and other delicious pastries. You can also eat inside the shop. Try the popular lunch time menu with crunchy bread, stewed soup and other delicious food.

If you are interested in our private guided tour,we are pleased to make a quotation for you. Please feel free to contact us!!

Mode of payment
Payment can be made by online credit card payment system. We accept VISA or MASTER.
Customers may pay the part of amount as a deposit to secure the reservation. Basically customers are requested to pay all amount prior to the day of the tour.

Customize tour for you
Above itinerary and price are just an example. You can customize your own tour. We are pleased to provide your accommodations or meals according to your request. Please tell us your needs and interests.